You like my work? Let's get in touch, I will be happy to talk to you: contact.cecilepelissier@gmail.com

For the urban design competition « Living the construction site on St Catherine street » the idea was to propose an event, a new destination for the city of Montreal.
The 4 years of urban public works had been cut in several phases following a calendar. We chose to define a program with the main theme of Playing.
Equipments were drawn to adapt all the seasons and for new games to appear along the way.
Also, promontories and windows were offering new points of view on the street in construction.
Our proposal was to redefine the concept of an urban construction site, transforming it into a positive event for everyone. 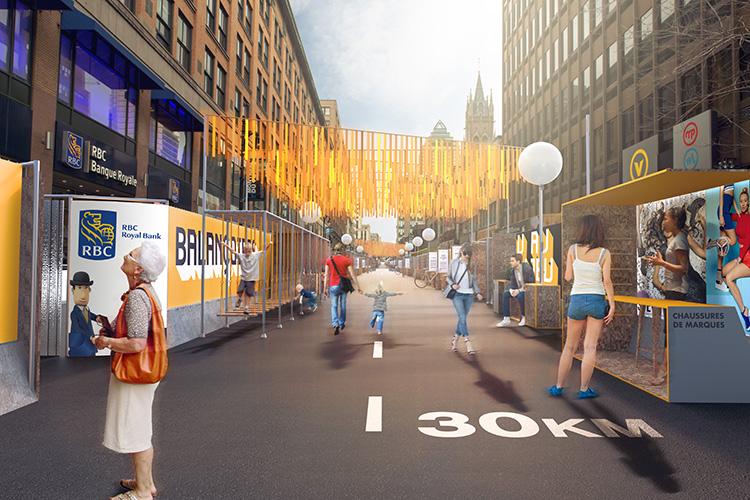 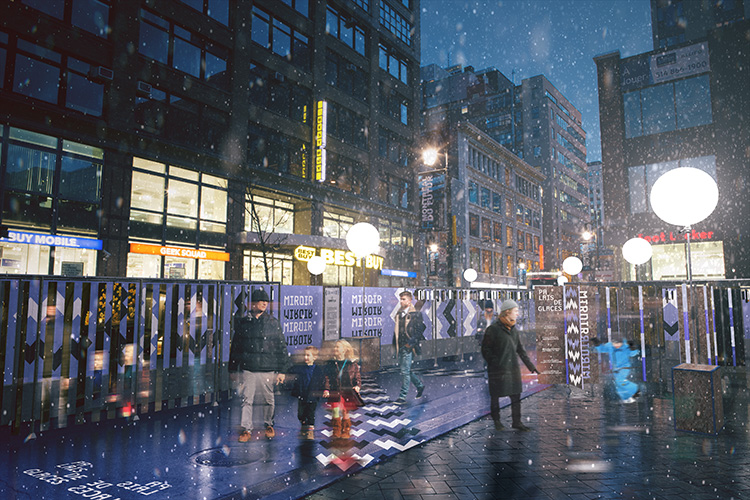 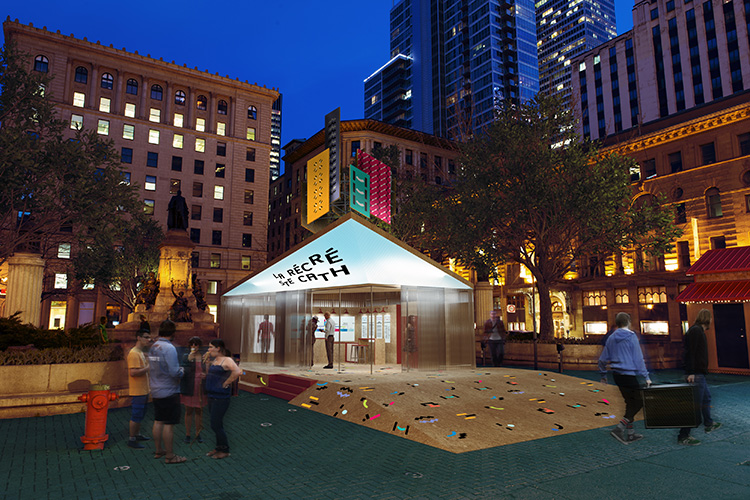